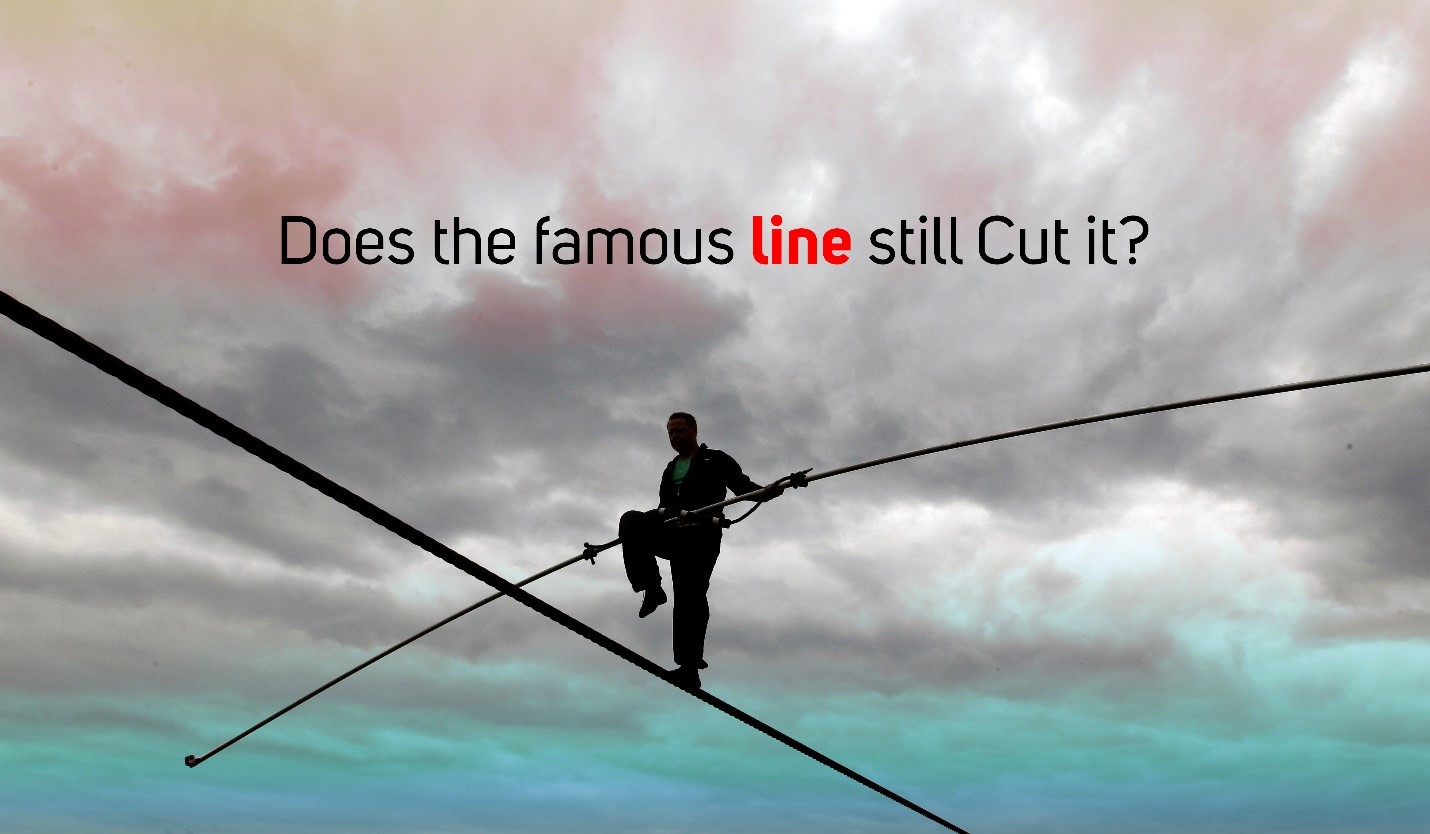 As one enters the advertising industry, one gets to hear the terms ATL & BTL profusely, in fact so much that not knowing the definitions is equivalent as not knowing what advertisement is all about. We keep saying above the line and below the line in our meetings, we even have dedicated separate departments or even have started completely separated agencies to serve their category differently but surprisingly enough not so many, even those who have worked in this field for years, know what this particular line is and where it has come from.

The origin of this famous line dates back to 50s when Proctor & Gamble wanted to differentiate its different costs to different agencies working with it. So their Finance Departments started to draw a hypothetical line in their books. Basically those media which returned commissions to the agencies were put above the line such as TV, Radio, Billboards, Print…. and those media which were not based on media commission were put below the line. Thus, in a sense the line was drawn as a means to clear financial issues for P&G.

Now since P&G has always been a Pioneer in coining marketing terms given its power, the terms ATL & BTL soon became prevalent in the industry and as time went on the origin of the line was less and less important and the category which they referred to was highlighted ever more. In other words, above the line turned to a space for media targeting mass audience and below became a targeted means to directly communicate with the audience.

Today decades have passed from the day the line was drawn and the terms ATL & BTL are still commonly used. However, with the emergence of new paradigms in advertising, progression of technology such as internet, Social networks… and the media commissions system fading out, the original divide is not clearly defined anymore.

Nowadays, you can reach a mass audience directly through internet or in some parts of the world we can see that even traditional mass ads on TV can become targeted as well. Some cable operators have the capability of segmenting the message through TV. Therefore, the old saying that above the line is mass and below is direct and targeted is no longer a valid divide and new forms of differentiation is required.

The birth of paid, owned and earned media

With the vagueness about the media today being either mass or direct, the new terms were born to more clearly define the different types of media. Generally, this type of differentiation is based on how a media is obtained rather than who its target audience is. Table below in the slider clearly distinguishes the differences

The paid, owned and earned media view is only a perspective on how the media are categorized and with the advent of integrated approaches agencies can’t claim that we are an agency dealing only with paid media or earned media. There are other perspectives which shed more light on the differences in advertisement industry. Content and channel is another perspective which attempts to distinguish the activities or agencies in terms of the purpose they serve. In that sense, agencies can be divided to either content producers such as creative boutiques or channel agencies such as the media buying houses or a combination of both which is pretty much in this sense a full service agency.

The differentiation of content and channel helps us to get a better and broader view on how agencies differ and what type of services in general can they provide. But it seems more elaboration is required since the categorization is too wide for any agency to represent its services.

Nowadays, the agencies or activities are divided by the type of content they produce or the type of channels they serve. If we look into portfolio of agencies that WPP or any of the big 5 holdings, we won’t see any divide on the basis of ATL or BTL any more rather the divide is based on the type of service they offer such as Digital services, Experiential Marketing, CRM, Trade Marketing, Social Media, Outdoor Media, PR, Corporate Communication and … . Basically, by agencies becoming more and more jack of one trade and building a category by going to the depth of a service, the old way of wide differentiation is over.

One local example is the repositioning of one of the agencies of dnaunion, called DMN (www.ddmn.co), which was formerly known as a BTL agency. Given the abovementioned information, the need for defining its specialized category was seen as dire. Therefore, after months of research, DMN started to position itself as a Brand Experience agency in which it offers services which create tangible experiences for the client’s target group and is no longer defined as a BTL agency.