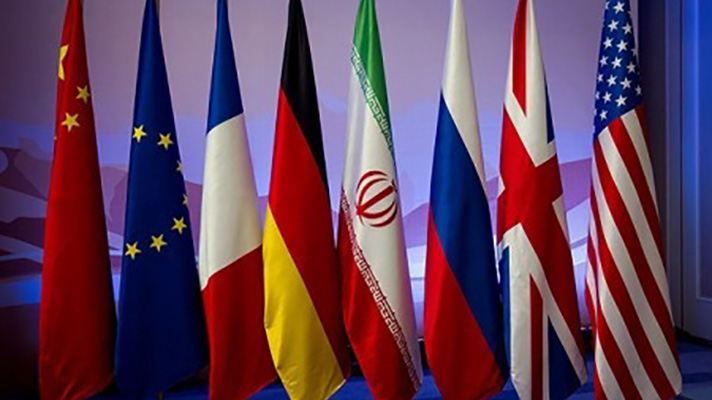 More than a year has passed since the Iran Deal was signed between Iran and the P5+1. During this time, negotiations about new economic plans for Iran have been intensified; projections are still continuing and some of the predictions have come true so far.

What is JCPOA? The Joint Comprehensive Plan of Action was reached in line with a comprehensive agreement over Iran’s nuclear program and in the aftermath of Lausanne agreement signed on July 14, 2015. The agreement was signed in Vienna between Iran, the European Union and P5+1 (Five permanent members of the UN Security Council – China, France, Russia, UK, US – plus Germany). The official negotiations began in November 2013, continued for 20 months and finally in April 2015 the Lausanne nuclear agreement was conceived, an agreement which a few months later resulted in the achievement of JCPOA. According to Appendix II of this agreement, sanctions of the European Union and the US have been cancelled on the day of the implementation of JCPOA.

Today, one of the most important questions in the post-JCPOA era is that what obstacles the agreement has thrown in the way of domestic and foreign trade and what new facilities and opportunities it has offered. In the initial days of the implementation of JCPOA, the general conviction was that with the lifting of the sanctions, many economic problems would be easily removed and foreign companies would quickly and abundantly start investments in Iran. Now, with the passage of almost a year since the implementation of JCPOA, a more realistic opportunity has been created for the review of this trend and its implementation. Will foreign investors make more trips to Iran? If so, will this bring economic boom to the country?

The trend of reaching the deal with Iran over its nuclear program has been a lengthy and time consuming one: a turbulent process during which it occurred for the two sides to distrust each other. And a long time is perhaps needed to completely do away with this lack of trust. One of the first components of new investment is optimism and trust towards the success of the investment trend, a trend which is possible only when there is security and trust.

No doubt, there are obstacles in the way of unproblematic presence of foreign companies and investors in the country; obstacles such as relative low cost of the Iranian products in comparison with foreign goods, existence of smuggled commodities in the Iranian market with prices lower than the same items imported through authorized channels, long process for obtaining the required business related permits, standard sign and health and their relevant costs, problems related to financial transactions, lack of awareness of companies about domestic regulations and related limitations, lack of transparency of regulations in many cases, and unfamiliarity with the Iranian market and needs of the audience by non-Iranian investors.

The Guardian comments: “Iran’s food industry is crowded with (powerful and experienced) domestic manufacturers. One of the biggest advantages of Iranian food brands thus far has been their much lower price relative to foreign brands. In many countries neighboring Iran, international brands like Pepsi, Coca-Cola, Kraft and Heinz face little or no competition or compete with minor and ignorable competitors. This is not the case in Iran.

“The strong presence of domestic competitors makes Iran unique in the Middle East and North Africa. What has happened in other neighboring countries is that due to the presence of Western brands in the course of years, they have not even found the opportunity for competition with thee bands and creation of domestic brands; but in Iran, for almost every foreign brand, there is an Iranian substitute.

“In addition to the vast foodstuff industry and the large sector of export of traditional products, many of other Iranian industries despite international pressures and lack of access to modern and proper industrial equipment – due to the sanctions – with great efforts have closely reached international standards and have gained appropriate growth.”

In spite of all the difficulties in the way of the entry of foreign investors citing the positive points of this entry would be interesting; positive points that if considered under more favorable conditions, would be easily turned into efficient and brilliant opportunities. Positive points, such as the mostly young population of Iran, the educated population, non-presence of equal foreign competitors in Iran, enthusiasm and desire for diversification and consumption of new commodities among Iranians, and Iran enjoying the necessary and efficient political stability in the region.

Iran, as one of the most highly populated countries in the region, has the largest percentage of young population. A young population most of whom are educated and according to per capita on consumption of goods, they are interested in consumption of diversified, new and high-quality goods. Furthermore, Iran in comparison with other countries in the region which are experiencing turbulent times is one of the few countries in the region which enjoy political stability. The country is considered an appropriate choice for foreign investors. Given that Iran has been deprived of having extensive economic relations with many countries for long years due to the sanctions, normally there is a high potential for welcoming foreign investors and companies; a potential in the absence of powerful competitors combined with interested and enthusiastic audiences, which will certainly face the arrival of the first spectrum of investors with dramatic success.

According to the Guardian: “Multinationals looking to swoop into Iran as most sanctions lift will find important sectors of the 80 million-strong market already conquered by domestic brands. The main art of this market is currently under the absolute and unrivaled control of the Iranian producers and for most domestic producers there is no question of competition with global standards.

“The young Iranians are eager to consume Western brands but according to Euromonitor, 95% of the food market and 80% of the pharmaceutical market are completely under the domination of the Iranian producers. The Iranian producers also are involved in the production of a big share of hygienic products, clothing and transportation vehicles; the Iranian brands that are used by the Iranians on daily basis.”

According to The Guardian the strength of domestic brands results in part from the way Iran has been forced to fend for itself by the stiffening of international sanctions. “Governments have made economic self-sufficiency a priority, following policies of import substitution and imposing high tariffs on most imported goods to nurture domestic industries.”

It seems that despite presence of powerful Iranian brands, still the profitability resulting from investing in Iran is more likely than possible loss.

Bypassed for decades by the luxury industry, Iran and its explosive market growth potential have recaptured the attention of global luxury heavyweights in the last 12 months, comments the New York Times in a recent report.

After more than 30 years of isolation and austerity, the country re-entered the global economy when economic sanctions were lifted in January, something Morgan Stanley described as the biggest thing for the global economy since the fall of the Berlin Wall, it said.

Now, with an educated, surging middle-income population of almost 80 million — many of whom possess a budding appetite for high-end consumer goods and mobile phones — Western brands are sizing up the opportunities, and risks, of setting up shop in Iran, said the NYT report adding that the popularity of the labels’ glitzy, colorful aesthetic in the Middle East, especially with wealthy Iranians already shopping regularly in nearby Istanbul and Dubai, underscored the importance of capitalizing promptly on demand.

Yet expansion into Iran is not without its challenges. For a sector obsessed with controlling brand image, the country’s lack of infrastructure, from trained staff to a shortage of quality real estate, remains the biggest obstacle. Only a handful of premium shopping malls exist, although there are plans to build more in the next two to three years.

Although expansion into Iran will not be without challenges, forecasts of economic experts finally point to the finalization of this trend within at least the next two or three years.