Older Iranians are Less Prone to Do Sports. 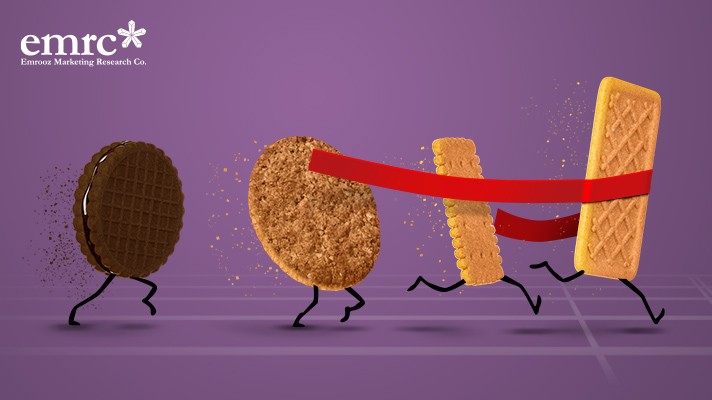 Biscuits and wafers claimed a large share of TV adverts that were broadcast in Iran during the one month period ending on August 22, EMCR has found in its latest market survey.

Data gathered by EMRC show that during period, biscuits and wafers dominated televised ads in sweets and snacks category with an 82% share in terms of number.

The total number of televised adverts reached 63,987 during the period with a total broadcast time of 2,048,734 seconds.

In terms of numbers, 86% of the adverts were TVCs and the remaining 14% were advertisement’s captions.

During the period, Madar Biscuits claimed the title of the brand with highest average broadcast time with 39 seconds, while Farkhondeh only made use of advertisement’s captions.

Furthermore, during the period 8 different brands promoted their products through TV adverts. This is while, normally only 3 brands use TV advertisement simultaneously hoping to claim a bigger share of the market.

Since the beginning of the current Iranian fiscal year that started in March 2019, only popular biscuit brand Gorji has had a constant presence among TV adverts.


The three leading brands in terms of the number of adverts published during the month are Gorji, Madar Biscuits, and Setak each claiming a 41%, 24%, and 15% share respectively.

In terms of the total time of ad adverts broadcast the same trio lead the way with a 46%, 33% and 8% share respectively.

It also merits mention that Gorji and Madar Biscuits each launched two different TV adverts during the month while the others only published one advert each.

Some 86% of the ads in terms of numbers were broadcast on national TV.

Most TV adverts about biscuits was broadcast on Iranian entertainment network iFilm TV. During the one month, 1,765 pieces of advertisement with a total run time of 49,493 seconds about biscuits were aired on iFilm.

Furthermore, in terms of companies expenditure based on tariffs, IRIB channels 3, 1 and 2 led the way claiming a 36%, 19% and 16% share respectively.

While the lion’s share was claimed by iFilm, IRIB Channel 2 and the national broadcaster’s film and TV series Namayesh channel also had big cuts of the ads published in this category with a 16% and 14% share respectively.

Gorji was the only biscuit brand that published ads on the Islamic Republic of Iran News Network during the period.

EMRC has been providing chocolate and biscuits businesses with a wide range of services including market research and surveys. For conducting this survey, a monitoring system dubbed Ad*X was employed by EMRC and ads published on national TV channels 1 to 6 along with Nasim and iFilm were reviewed. 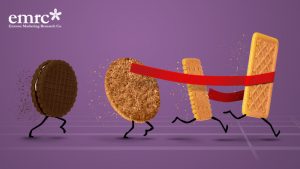