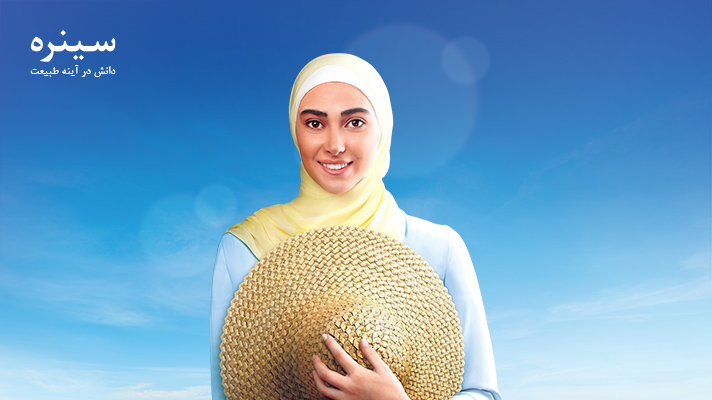 On the hot summer days, the campaign to introduce a new generation of sunscreen cream of the Cinere brand has given a new effect to the billboards of the city. The first and second phases of this campaign have been designed and conceptualized by the Eshareh Advertising Agency. To get more information about the new Cinere campaign we interviewed Parham Azarshib, the Brand Manager of Cinere; Farzad Torkamani, the Project Manager; and Armita Madelat, the Creativity Manager of Eshareh.

Q: What Is the Purpose of Launching a New Advertising Phase?

Azarshib: With regard to the Cinere’s mission which considers preservation and achievement of natural beauty for the Iranians, part of the Cinere advertising campaigns has always been designed with the aim of culture-building and promoting consumer awareness of the beauty products. The latest campaign was designed with the same purpose and has three phases; in phase 1, we reminded the audience that sunscreen cream is not a luxury commodity and using them is essential. The sunscreen cream is the interface between the pharmaceutical and cosmetics industries. In this phase, in addition to emphasizing the use of sunscreen cream, reference has also been made to the consequences failure to use such creams would have on the skin, implications such as “skin cancer and spots and wrinkles”. We also noted that the use of sunscreen cream has nothing to do with the gender and that both men and women should use it. Therefore, the new Cinere campaign began with the culture-building approach of using sunscreen cream: An approach that so far no brand has implemented in the hygienic and cosmetics field. The first phase of the campaign will surely lead to a larger consumer market which, with regard to approach of the campaign, will also benefit the Cinere competitors. Of course, since Cinere has always been progressive in the market it will have no problem with this issue. The message of the first phase of the campaign was conveyed to the audience by using peripheral media such as the billboards, posters and brochures without mentioning the name of Cinere. It should be noted that Cinere uses the media and methods for advertising that have the most productivity for the brand. According to the feedbacks, the audience has received the message in the very initial encounter. The transparency of the message was very important for Cinere. Therefore, we came up with a simple but creative idea.

In the second phase of the campaign, a new generation of Cinere sunscreens cream will be introduced to the audience: Creams that Cinere has produced on the basis of the conditions and the skin of the Iranian audience. Structure of some of these creams has changed with regard to the feedback received from the consumers, and in this new generation, the product by using vacuum production technologies and unique ingredients in addition to maximizing protection of skin against the sun, enjoys a light and matte effect structure.

In the third phase, due to the changes in product packaging compared to the older generation, different models of this generation are introduced and consumers can choose the right sunscreen cream by going to pharmacies and receive skin care consultation. The interesting point is that consumption of sunscreen cream in Iran is very low compared to other countries. Of course, the culture of using these creams has improved compared to the previous years, but there is still a need to launch programs with the culture-building approach.

Q: What Cinere is seeking by launching this campaign?

Project Manager Farzad Torkamani: In this campaign, Cinere intends to introduce a new generation of sunscreen cream to its target audience, creams that, based on the studies conducted, are more welcomed by women than men. On the other hand, most people think that they should only use sunscreen cream on sunny days and when they are under direct sunlight. However, with the change of weather conditions, these products should be used on other days, even on cloudy days, in order to protect the skin. Now, in its new campaign, Cinere is trying to introduce its sunscreen products to a gender-free audience. In this campaign, the audience will be also informed of the scope of application of these products.

The answer in the first phase covered the theme: “What does the sun do to your skin?” This was actually some kind of warning about the dangers of the sun, without mentioning the brand name or the benefits of its products. Because, at this point, Cinere brand only intended to warn its audience against not using sunscreen creams and had no intention of reiterating its own brand.

We used a comparative technique to illustrate the purpose of the campaign in peripheral advertising. In fact, we wanted to show the difference between the part of the skin exposed to the sun and the part which was not exposed and remained in shadow. It was challenging to illustrate this point and we had to use an instrument for this purpose. The straw hat was the best element. Because the straw hat protects people from direct sunlight and creates a shadow on their skin. The shadow well divided the facial skin into two parts. A part exposed to the sun and a part which was not exposed to the sun.

Such a trend provided us with an ideal image so that people, while seeing it, would receive the brand message on hot summer days appropriately. Now, since we intended to tell the audience that women are not the only target in the campaign, both the image of women and the image of men were used in the designed images. The age group of the faces, with regard to the main group of the audience of Cinere brand, was considered to be between 25 and 35 years. Of course, this does not mean that other age groups cannot use sunscreen cream.

Q: Does the first phase of the campaign, in addition to culture-building, also pursue recalling the brand’s name in the mind of the audience?

Azarshib: The audience, as long as a valid name is absent in a cultural message, would not trust it. Cinere, as a credible name in the cosmetics industry whose consumers know its products for being herbal, when stood beside the image for using sunscreen cream, made the message more reliable.

Q: Tell us about the products introduced to the audience in this campaign?

Azarshib: Due to weather conditions, environmental pollution and nutrition, greasy skin is more common among the Iranians and consumers of cosmetics creams tend not to have shiny skin while using cream. In the new formulation of Cinere sunscreen creams, ingredients have been used to create a matte finish on the skin. The ingredients used, in addition to absorbing the skin fat of the consumer also reduce the cream fat. Because the filters used and the new formulation of the products is based on water, the structure of the new creams is lighter than the previous ones. Also in the new generation, the combination of the filters used, in addition to providing a uniform coating, has a high oxidation resistance, which further protects the skin. These products are manufactured in various categories suitable for sensitive skin, dry skin, greasy skin, and suitable for men’s skin and in two tinted and untinted types.

Azarshib: In the first phase, the theme engages the mind of the audience with a question that was designed with the aim of culture-building. “What is the sun doing to your skin?” This is the motto of the first phase of the campaign to respond to which a variety of issues should be considered, cases that will ultimately lead to skin cancer, the second most common cancer in Iran. The skin is the body’s biggest defense barrier that is damaged by the sun. The question raised in the theme of the first phase of the campaign has been carefully answered in the brochures. In the second and third phases the theme “New generation of sunscreen cream, let’s stand against the sun!” has been considered. With this theme, we reminded the audience that with the right choice and use of Cinere sunscreen cream they can perform their daily activities without receiving any damage from the sun and of course it is necessary to renew their sunscreen cream every 2 to 3 hours.

Q: What is your idea about working with Eshareh Advertising Agency?

Azarshib: In this campaign we worked with two leading companies in the field of advertising and in phases 1 and 2 cooperation with Eshareh has been placed on the agenda. Eshareh is a confidant, well-ordered, punctual company. The Cinere campaign is a result of good cooperation of Eshareh team with the Cinere. A partnership that was a pleasing for us and we hope the cooperation will take shape in future campaigns.

Q: Tell us about the second phase of the campaign?

Madelat: In the second phase, the woman and the man in the image take off their straw hats and smile to the sun. The image is accompanied by the theme “New generation of sunscreen cream, let’s stand against the sun!” This is an equivocal theme that refers to standing under the sun and enjoying it on the one hand and standing and resisting against it on the other.

At this stage Cinere products are also present in the image. And this presence demonstrates the point that due to using the new generation of Cinere sunscreen creams one can withstand against the sun. In a way, it can be said that phase 2 is a prelude to phase 3, which is going to accurately and fully introduce the new generation of Cinere products and their benefits.

In continuation Madelat said that Cinere, based on the mission it has defined for itself, is using the hashtag “your care” in its campaigns. The hashtag was also used in this campaign: A hash tag that reminds the audience that the main mission of Cinere is taking care of the skin and hair of the consumers. In this campaign efforts were also made to hide the “your care” hashtag. In fact, this hashtag invites our audience to the Cinere Instagram page to get accurate and complete information about products in this space.

Q: Given that there was no product displayed in the first phase, can it be considered as a teaser?

Madelat: No, we did not have such a definition of the campaign and did not divide it into the two phases of closed and open. Phases of the campaign complement each other. In fact, in the first phase of the campaign, Cinere has warned its audience by raising a question and provoked their sensitivity to serious skin damage and the result of this warning is some form of culture-building and changing their attitude towards not using the sunscreen cream.

Therefore, each phase of the campaign has an independent identity and transfer the message to the audience individually too: A campaign whose implementation season and the choice of media rendered great help to the transfer of the message. The audience will see the advertisement when they are just directly under the sunlight. This will help to make the message more effective. On the other hand, the Cinere group of audience is very large and the use of peripheral media helps wider transfer of the messages.

At the end of this interview, efforts and sincere cooperation of Mr. Azarshib and Ms. Goudarzi are greatly appreciated. 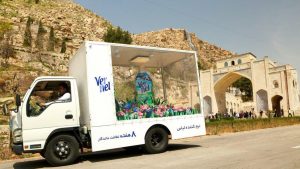 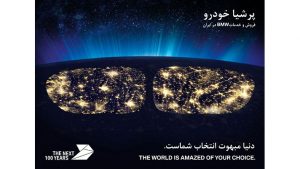 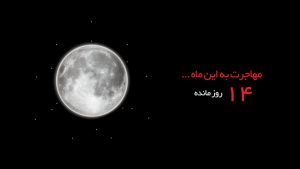