“More eatable than a drink” is the theme of a recent campaign of the Rani brand which is displayed on the billboards in different cities of the country these days. The campaign of the Rani brand has been implemented globally and has been localized for implementation in Iran by the ideation and strategy team of Eshareh Advertising Agency. In order to get more information about the campaign, we conducted an interview with Ramin Arang, Marketing Manager of the Tejarat Shargh (East Trade) Industries Company (Rani, Barbican and Vimto brands); Elham Mohseni, Rani Brand Manager; Kasra Saberi, Campaign Project Manager of Eshareh; and Naghmeh Felor Zabihi, Campaign Creativity Manager of Eshareh:

Would you please elaborate on the concept of the new campaign of Rani Brand?

Ramin Arang, Marketing Manager of Tejarat Shargh (East Trade) Industries Company (Rani, Barbican and Vimto brands): One of the main competitive advantages of Rani is the fruit pieces in the Rani products. An advantage that makes the audience simultaneously feel the joy of drinking and eating at the time of consuming it. Accordingly, the Rani brand decided to launch a campaign based on the same competitive advantage: A campaign which was designed with regard to the concept of “more eatable than a drink”. Also, since Rani has not launched a new product this year, in this campaign the images of all products of Rani have been used to convey the message.

Kasra Saberi, Campaign Project Manager of Eshareh: There is much talk about the products of Rani Brand. The brand has remained so long in the minds of the audience that while purchasing similar products, the consumers will speak of the Rani brand.

Fruit pieces are an important factor Rani has always emphasized in its campaigns and uses this element in all its advertising schemes. The same factor has created integration in all the campaigns of Rani.

The element has been also considered in the new campaign of Rani. In this campaign of the brand applicable and main advantages of the products of Rani have been explained. A snack that brings the pleasure of both eating and drinking for the audience simultaneously.

Expression of such an applicable advantage was put at the disposal of Eshareh Advertising Agency in the form of a brief for which Eshareh offered a solution in a creative form. It can be said that Rani, through implementation of this campaign, intends to complete the positive mentality of its consumers towards its products.

The first phase of this campaign has been launched by using peripheral media. After this stage, the TV ad will be broadcast. The digital media will also complete the campaign. Also, because the concept of the campaign did not focus on a single product, in the peripheral designs, the images of the main products of Rani (peach, orange, pineapple) have been used.

Has the campaign been implemented globally? Please continue by explaining the different phases of the campaign.

Arang: Campaigns of Rani are usually implemented globally. This campaign has also followed the same rule. In the global campaigns, a single concept is designed and each country localizes it in conformity with its own circumstances and culture. The same has happened in the new Rani campaign, and the main slogan, with a good copy of Eshareh Agency, has been turned into “More eatable than a drink”.   A theme that I think is exactly moving in the same line of the Rani global campaign.

On the different phases of the campaign, I should say the new campaign of Rani is composed of a variety of phases, such as the peripheral, television and digital advertisement, sampling, and advertising at sales point. The campaign has been started from Nowruz (New Persian Year) this year and will continue until the month of Shahrivar (August/September). Of course, in the middle of the way, the concept of the campaign will be led to persuading the audience to buy or to encourage sales, and at this stage a precious prize will be awarded to the consumers.

Could reminding the audience about brand name Rani be considered a target of the campaign?

Elham Mohseni, Rani Brand Manager: Recently brands in the area of beverages have launched promotional campaigns; in this regard the band Rani as a leading, creative and distinctive brand, has decided to focus on its competitive advantage and implement a 360-degree campaign. This campaign has not been product-oriented and reminds of the competitive advantage of the brand. Rani is a leading brand which by having fruit pieces in the juice, provides the simultaneous joy of eating and drinking fruit juice for the consumer, and this unique pleasure is experienced through the Rani brand. The audience should be reminded of such an important factor and we achieved this by designing the theme “More eatable than a drink” and thus the brand name Rani was magnified in the minds of the audience.

Could you please explain about creativity of the campaign?

Naghmeh Felor Zabihi, Campaign Creativity Manager of Eshareh: The brand Rani in its new campaign intends to place its products in the classification of the snacks and remind the audience that while taking Rani Products in addition to drinking the fruit juice they would eat fruit pieces as well. The same point has been emphasized in the campaign.

Therefore, in the campaign story we had to remind the audience of the simultaneous pleasure of eating and drinking. The pleasure that has repeatedly been experienced by the Rani consumers but they have overlooked it. Such a simple but attractive incident should have been designed and transferred to the audience within the framework of an advertising message.

Keep in mind that when two pleasures combine together, exciting incidents will take place that we will show our audience in a creative form in TV advertisement.

In the same way, the main concept of the campaign was implemented in a different way in the peripheral media: The media that should send the promotional message of a brand to the audience within three seconds. In the peripheral plan of the campaign, the main uniform of the campaign, that is to say visualizing fruit pieces, was observed. In this publicity the design of a fork that is plunged into the fruit and its end has been turned into a straw, was also depicted. In fact, in simple words, we showed to the audience that simultaneously they feel fruit juice while drinking.

Who are the audiences of this campaign?

Mohseni: The Rani audience here comprises age group of 16-19. Other sections of the campaign, such as the television and digital parts, are more focused on this group of the audience. In the peripheral phase, the dynamic and friendly atmosphere that reminds one of the brand personalities is portrayed.

Could you please explain the campaign’s peripheral phase?

Mohseni: Some of the elements used in the peripheral phase of the campaign, such as fruit pieces and the background of blue color which is the basic part of Rani Brand, are fixed in all the campaigns. The fork and straw elements that are linked together in the promotional design well remind the audience of the function of the product and the slogan of the campaign. In the next phases of the campaign, the main concept of the campaign will be more scrutiny which will involve many audiences.

Could you please elaborate more on the theme of the campaign?

Felor Zabihi: For the campaign, the theme “More eatable than a drink” is considered: A slogan within which the meaning of the concept is hidden. In fact, the term eating has a double concept. More eatable, both refers to eating fruit pieces and to eating an exciting and enjoyable product.

In the peripheral phase, we had to convey the message to the audience quickly and without any intermediaries. On the other hand, the design should make the audience thirsty in the hot temperature and persuade them to experience a Rani product. Altogether, Rani, like its previous campaigns, has portrayed an exciting atmosphere in this campaign as well.

Tell us about the experience of cooperation with Eshareh Advertising Agency?

Mohseni: A good interaction was forged between the Rani Brand group and the Eshareh Agency during the campaign: An interaction that led to a good output for running the Rani campaign and defining the time schedule for its implementation. This is also an important point that the strategy team correctly added creativity to the concept of the campaign for the brand Rani and brought good results. 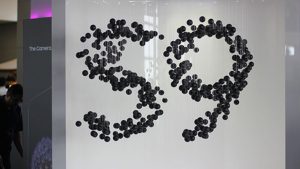 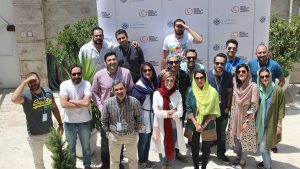 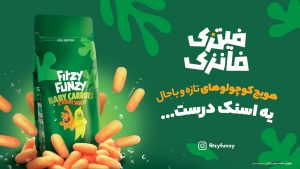