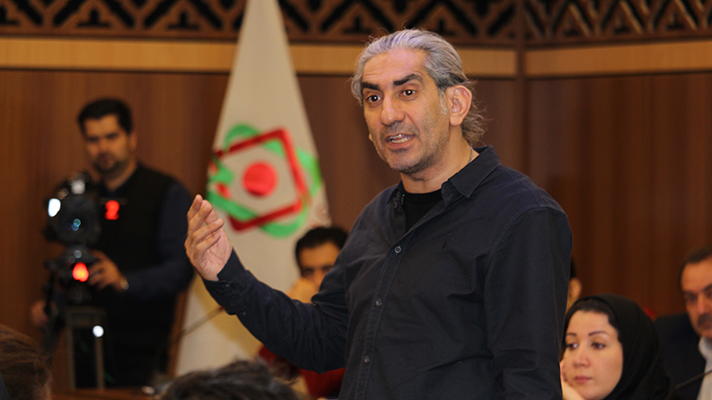 Releasing of the Spirit at the Time of Creativity

Some eighty people were expected to be present at the creative advertising workshop which was held by the dnaunion group in the festival of top Iranian advertisings but suddenly the number of participants crossed the limit and some of the attendees had to sit on the ground.

The laptop could not be connected to the projector and the arrangement of the environment was not appropriate for holding a group workshop. But the lecturer Jamshid Alamouti with full domination over the situation and by creating an intimate communication with the participants kicked off the workshop. He talked about a concept most of the attendees were involved in and were looking for a solution.

Alamouti in this workshop scrutinized the concept of creativity and characteristics of a creative person. He said: “In some countries around the world as well as in Iran, creativity is confused with the concept of art and usually artists are selected as creative managers. In the meantime, by holding creative advertising workshops we intend to have a glance at how creativity can be used for better solution of problems in companies and how the level of creativity can be promoted in organizations.

Creativity should not be considered the same as art and measures should be taken to expand the concept of creativity in the entire organization and place this topic next to the concept of management. Perhaps once designing an attractive advertisement and a good advertising slogan was considered creativity and companies would achieve great success in doing so but the time for such actions has come to an end and the need of the brands has changed. In competition and creativity, brands can better promote their names and trademarks.

At present it is better for the brands to give more information beyond their products to customers. Today, the consumers have become more aware and more selective and are interested in receiving more messages for a product. Moreover, creativity always finds greater function with emotions. This is a more influential method to touch the heart of the customers and help the brands to sell their products easier. This is not a new topic. Creative individuals can easily connect with the people emotionally and can be considered successful persons in their work. Touching the emotions is the primary goal for creativity and this is an informal way of measuring the status of work creativity. Also, each creative person should not forget that he himself is a consumer. Therefore, creativity carries with itself some type of empathy and each creative person is better to have a look at the products he intends to buy for himself.

Also advertising should be simple and primitive as much as possible. However, making a simple advertisement is a very difficult job and one of the criteria for creative people is making simple advertising. In fact, creativity is a complex process in the minds of creative people. This should not be mistaken with the truth that behind simple facts there are high degrees of creativity.

Speaking at a workshop where different people from advertising agencies or brands were present, Alamouti noted that creativity is not creating a beautiful image of a product. Creativity is looking into the problems from different aspects. A creative person, when creating a beautiful image for advertising, would ask himself what a difference his advertising has made. Creative people should not always think of sale. Creative people in the Iranian advertising agencies are always under the pressure of two factors of time and budget and are forced to act on the basis of these two factors. This is happening under conditions that these people should not be put under pressure and should put their ideas into effect freely. Furthermore, many of the agencies feel that a creative person should be innovator but the important point is that creativity should not be mistaken with innovation. A creative person should not feel that for creativity he has to sit down in a corner and create a novel thought. A creative person is a lawbreaker and works within his own mental framework. The creative person should leave his thought free in order to fly without any restrictions. Creative people should allocate a time to themselves for being alone; a loneliness that would allow them to expand their thought.

With all these descriptions, technology is developing day by day and this destroys the art of creative minds, creative people should not be afraid of technology and its growth and it is better to have an instrumental look at it. The creative advertising workshop reached its end while a sense of satisfaction could be observed on the face of the majority of the participants: A feeling which would seemingly help them considerably in changing their attitudes towards the concept of creativity! 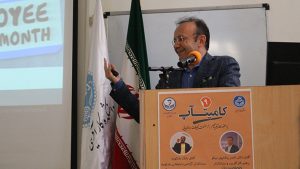 dnaunion: A Dream that Came True! 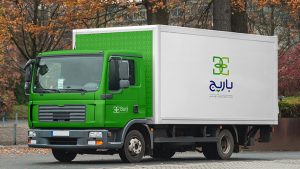 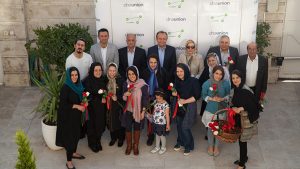