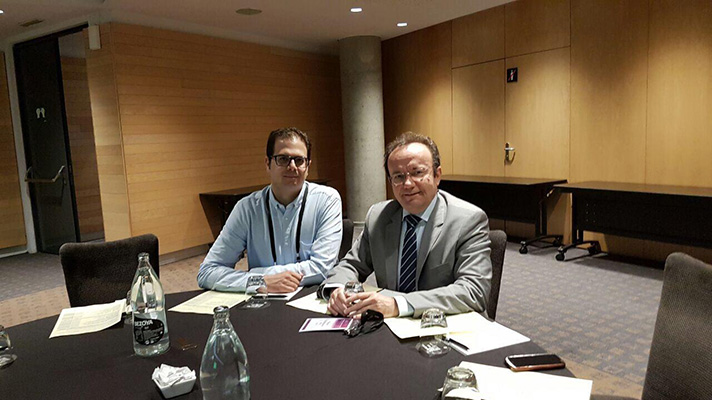 With due regard to the speed of market developments and consumers’ attitude implementation of longitudinal research to review the trend of market fluctuations is of great importance. Since 2002 so far, the Emrooz Marketing Research Company (EMRC) has been holding the exclusive license to run one of the most important products of the longitudinal research of the global market called TGi (Target Group Index) in Iran. Implementation of the TGi project, one of the products of the Kantar, the global market research company in the area of Usage and Attitude, began in 1960 and is currently active in more than 60 world countries on the basis of unified international standards. This specialized product which works specifically for recognition of customer attitude is used for a better understanding of the target group and optimization of advertising planning, by the advertising companies, media men and brand owners.

This year’s annual TGi conference was held in Barcelona in June with the participation of more than 30 countries active in the area of professional use of TGi.

The EMRC Company as the sole executive of this longitudinal research in Iran was also present at the conference. Sepideh Sobhi, TGi research project manager in EMRC said: “Given that this is a global research, the information obtained will not only be used locally but at international level. Therefore, using the unified standards in implementation of the research and presenting its results to different countries is highly important. New tools and methods that are employed to use the information collected in this research was also discussed with the participants in this conference. These new tools are used to improve access of data users, speed up reporting and the possibility of better presentation of the results within the framework of pre-defined reports and diagrams.”

In most countries of the world the majority of the companies which use TGi are advertising agencies and media owners. The problems that exist in the sale of this product to brand owner companies were among the topics discussed in the two-day conference. According to Sobhi, application of new methods for facilitating utilization of this research such as availability of a framework for key reports which worries the brand owners as well as organizing related training are among the communication keys with this group of companies.

With the help of correct recognition of consumer attitude and targeted planning in this regard, the brand owner companies can transfer their message and product to their main costumers at greater speed and in a targeted form.