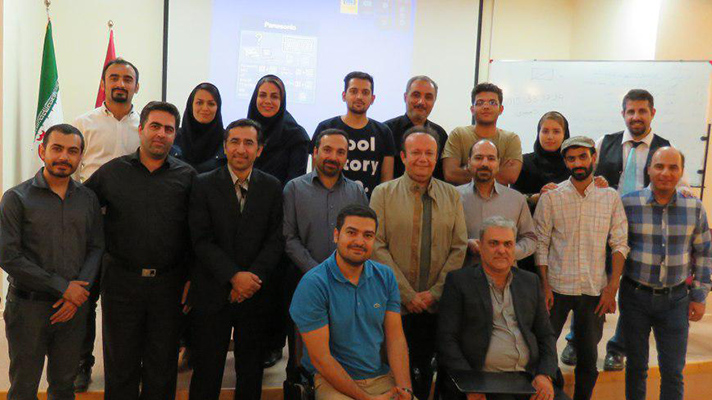 There is a big gap between experience and science in our country. For the same reason, our economic activists are trying to determine a certain boundary to this end. However, these rules do not apply to the dnaunion group because it always makes the most of up-to-date sciences in the field of marketing. The group maintains regular contacts with universities and scientific centers to exchange information with them.

With the consolidation of this relationship, the scholars associated with the dnaunion group will acquaint themselves with the latest developments in the Iranian market and learn about the procedure of operationalization of academic sciences.

In compliance with this policy, Dr. Nasser Pashapour Nikoo, the CEO of the group, organized a class at the Soofi School in Zanjan, northwest of Tehran.

The Soofi School scholars are all among economic activists in the market and on this basis the class was fully interactive and functional: A class that from the very outset was planned and formulated on the basis of a specific methodology and where market research topics, the proper application methods of research tools were carefully studied.

Also in this class, some challenges were raised by the scholars and solutions were presented to solve them. Also, the scholars learned about the exact way of the brief design and idea processing solutions. Subsequently, they were divided into different groups and were asked to present a brief and accomplish idea processing through application of the methods they had learned.

By doing this, the dnaunion group intends to develop applied methods in marketing beyond what is taught at universities: Methods the application of which would train more efficient specialized forces for the labor market.

Dr. Zahed Shaeikholeslami, director of the Soofi Business School, commenting on the class held by Dr. Pashapour as the instructor, said: “The workshop class enjoyed high quality and the lecturer shared his experiences with the scholars very well.

The presence of a lecturer who has played an important role in the growth and achievements of a company in the marketing sector played a significant role in operationalization of the class: A person who has been on the stage of the campaign and is closely involved with the challenges of industry and marketing, and is theoretically up-to-date.

The number of people with such knowledge in our country is few and the Soofi School is in need of such people. Because there are managers in our country who are strong in practice but lack up-to-date knowledge theoretically. Such people are usually unable to transfer their knowledge to those who work in different industries and markets.

Therefore, the Soofi School will do its best to take on instructors who are fit both from theoretical and operational aspects. Such an approach will increase the productivity of the scholars and help them benefit from the knowledge gained in real market conditions. As a result, the method of holding this class will be modeled for subsequent terms.